'Is it about development or winning?' - Boothroyd fighting for his future after England U21s exit from the Euros 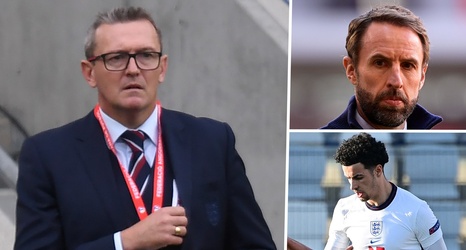 England Under-21s manager Aidy Boothroyd is under intense pressure after seeing his talented side knocked out of the U21s European Championship at the group stage.

The Young Lions performed well in Slovenia in their final group game but a last-minute wonderstrike from Croatia's Domagoj Bradaric saw them knocked despite a 2-1 win on the night.

It came after poor displays in the first two group games, which were lost to Switzerland and Portugal. More had been expected from a squad that featured Callum Hudson-Odoi, Emile Smith-Rowe and Curtis Jones.

Boothroyd's side were also knocked out at the group stage in 2019, although Mason Mount, Phil Foden and Dominic Calvert-Lewin are among the youngsters who have since gone onto bigger things.