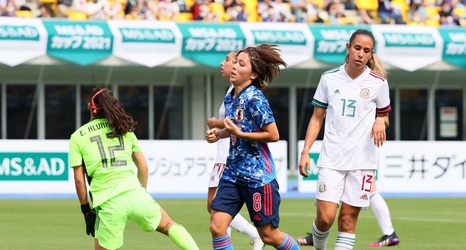 It wasn’t going to be an easy match by design. México traveled to Japan to face the 2011 World Cup winners on their home soil to test themselves, and while there were many lessons to be learned they ultimately came up short in the final score. Japan’s experience paid off as Nadeshiko downed México 5-1, however there were positives to take from the match.

México and Japan started the match on pretty even footing. The first good chance of the match came in the fifth minute when Momiki Yuka made a good move along the right side of the pitch and hit a ball in to a player, who hit a shot that hit off of the outside of the post.