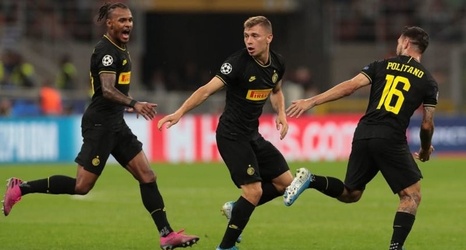 Inter snatched a point from Czech giants Slavia Praha in their Champions League group stage opener thanks to a strike from substitute Nicolò Barella in added time.

Sitting in one of the tightest groups in the competition with Barcelona and Borussia Dortmund, Stefan de Vrij and Danilo D'Ambrosio wasted golden chances to put Inter into an early lead, although it still highlighted a potential weakness that Slavia Praha had from set-pieces.

Samir Handanoviu0107 just avoided being left with egg on his face by conceding the opening goal while trying to play out from the back, but he was helpless to stop striker Peter Olayinka putting the visitors into a shock lead from close range after half-time.