ICYMI: Victoria Pickett nominated for 2021 NWSL Rookie of the Year 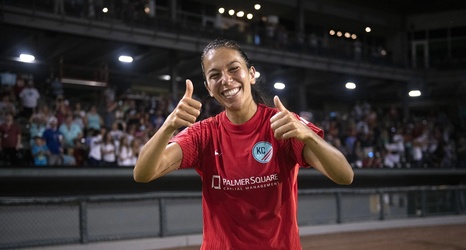 Kansas City Current midfielder Victoria Pickett has been nominated for NWSL Rookie of the Year for the 2021 season. The award is presented by Ally. Pickett is the only Kansas City player nominated this season for the league’s end of season awards.

The 2021 NWSL Awards are voted in two rounds, with players owners, general managers, coaches, and the media voting in the first round to determine the final nominees.