‘I will take it’: Salomon Rondon open to making a comeback with Newcastle United 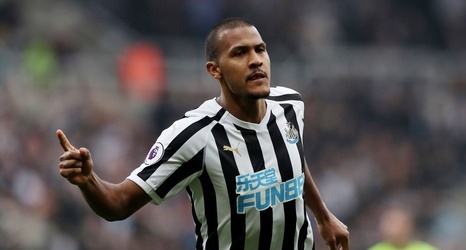 In an interview with The Mirror, Venezuelan striker Salomon Rondon has said that he would be open to making a comeback with Newcastle United in the future.

The 30-year-old spent the previous campaign on loan with the Magpies from West Bromwich Albion and he caught the eye with 11 goals and seven assists from 32 league appearances.

Initially, he struggled to make an impression under then-manager Rafael Benitez but he gradually picked up his form and made regular goalscoring contributions in the second half of the season.

As a result, the Tyneside outfit finished 11 points ahead of the relegation places and Rondon became a fan favourite because of his consistent displays alongside Ayoze Perez in the final months of the campaign.