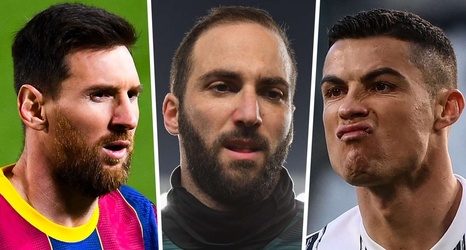 No striker on earth has played more games alongside Lionel Messi and Cristiano Ronaldo than Inter Miami's Gonzalo Higuain, a distinction he chalks up to understanding how the record-breaking duo play the game and no little self-sacrifice.

The Argentine starred alongside Ronaldo at both Real Madrid and Juventus before moving to MLS in 2020, while he was a team-mate of Messi's for almost a decade in international colours, a spell which spanned three World Cup campaigns in 2010, 2014 and 2018.

And while Higuain has not always received due credit for his sparkling career, he believes he was the perfect foil for both superstars.