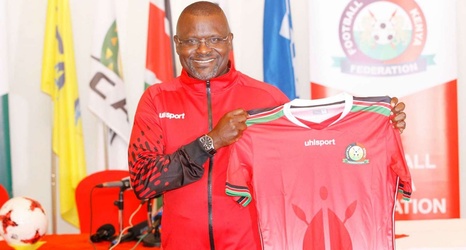 New Harambee Stars coach Jacob ‘Ghost’ Mulee has assured Kenyans he still has the Mojo to take the team to the Africa Cup of Nations and World Cup finals after he was unveiled on Wednesday.

The 52-year-old tactician was handed the mantle to handle the team on a three-year contract following the exit of Francis Kimanzi, whom the Federation claims they parted with on mutual agreement on Tuesday.

Speaking exclusively to Goal after being unveiled, ‘Ghost’ who is well remembered to have steered Kenya to the 2004 Afcon finals held in Tunis, Tunisia, says he is ready to take up the challenge and believes he still has what it takes to succeed with the team.