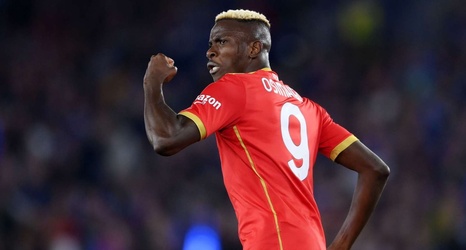 Victor Osimhen believes he has a lot to offer Napoli after his double enabled the Italian side to secure a 2-2 draw against Leicester City in a Europa League fixture on Thursday.

The 22-year-old Nigeria international came to the rescue of Napoli after he scored two second-half goals to earn his side a point from the Group C battle at King Power Stadium.

It was Leicester who took an early lead through Ayoze Perez and doubled their advantage on the hour mark through Harvey Barnes, but an improved second-half display saw the visitors level proceedings courtesy of Osimhen, who scored from a well-worked team goal before heading in the second after a cross from Matteo Politano.