'He loves to fool around!' - Lawrence on national team-mate Bale & what really happened with controversial 'Wales, Golf, Madrid' banner 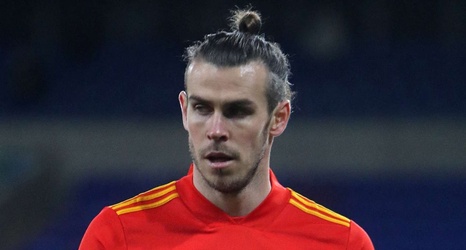 James Lawrence has spoken out on Wales team-mate Gareth Bale's "laid-back personality", while also revealing what really happened with the controversial 'Wales, Golf, Madrid' banner in 2019.

Bale is currently preparing with the rest of the national squad for the beginning of the European Championships, which they will warm up for with friendlies against France and Albania over the next four days.

Lawrence is enjoying his time working alongside the Real Madrid winger, who spent the 2020-21 campaign on loan at Tottenham, and says he is in a relaxed mood ahead of the international tournament.