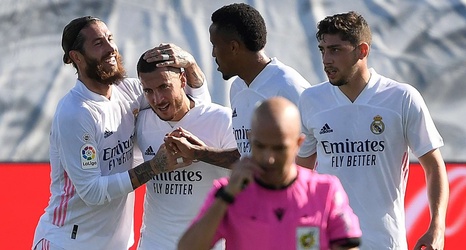 Eden Hazard was delighted to score a "beautiful goal" for Real Madrid after a year-long drought as Emilio Butragueno hailed the forward as "magnificent".

Hazard blasted home with his weaker foot from nearly 30 yards out to give the Spanish champions the lead over Huesca on Saturday.

Zinedine Zidane's men eased to a 4-1 victory that moved them back to the top of the table, with Karim Benzema scoring twice and Federico Valverde also on the scoresheet.

It was Hazard's strike that will be best remembered, though, as it ended a wait of 392 days for just his second goal for Madrid since joining from Chelsea for an initial €100 million (£88m/$112m) in 2019.