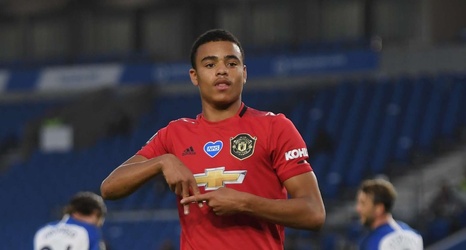 Manchester United's Mason Greenwood paid tribute to his now-former team-mate Angel Gomes during his celebration against Brighton on Tuesday.

The 18-year-old opened the scoring for the Red Devils' in the first half of his side's 3-0 victory in the Premier League clash.

Greenwood celebrated his sixth Premier League goal of the season by making an A with his hands in a nod to the 19-year-old, whose contract with the club expired on the same day.

Greenwood posted a picture of his celebration on Twitter confirming it was for Gomes, captioning it: "A promise is a promise.