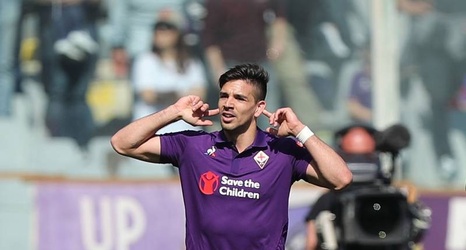 Fiorentina kicked off the International Champions Cup with a 2-1 win over Chivas.

Giovanni Simeone and Riccardo Sottil scored for the Italian club to help secure the victory Tuesday at SeatGeek Stadium in Illinois. Javier Lopez was responsible for Guadalajara's only goal in the loss.

The match was the first of the United States tournament, which features 12 of the top clubs in Europe playing three matches each. Fiorentina was able to get the first win on the board despite holding only 45 percent possession in this one, via the tournament's official site.