Gianluca Petrachi: Everton striker Moise Kean is not a target for AS Roma 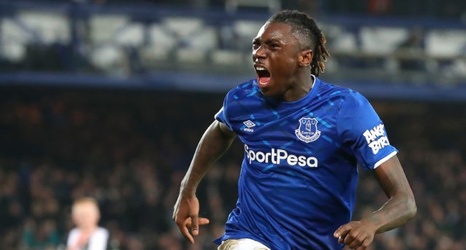 Italian club AS Roma have confirmed that they are not interested in signing Moise Kean from Premier League outfit Everton this summer.

Last month, several media outlets in Italy claimed that AS Roma were showing keen interest in signing the Italy international.

According to Calciomercato (h/t Football Italia), Roma are working to bring in Kean from to Serie A on a loan deal, with option to buy him for around €20-22m.

Mino Raiola, the player’s agent, is personally brokering the transfer deal between the two clubs.

The 20-year-old joined Everton last summer for a fee in the region of £25m from Juventus.