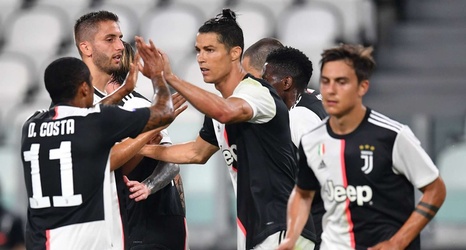 Cristiano Ronaldo scored a stunning goal as Juventus restored their four-point lead at the top of Serie A with a 3-1 victory over struggling Genoa.

Lazio's win over Torino had seen the gap at the top of Serie A closed to one point prior to kick-off at Stade Luigi Ferraris, but Maurizio Sarri's side ultimately made light work of their hosts.

After a dominant first-half display failed to produce the goods, Juve made the pressure count early in the second period – Paulo Dybala opening the scoring before Ronaldo picked out the top right-hand corner of the net in sensational fashion.