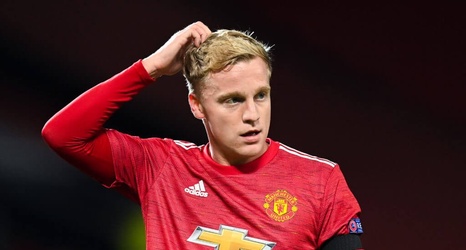 Manchester United legend Gary Neville has said that he has been baffled by the Red Devils’ handling of Donny van de Beek this summer.

The Netherlands international was the Red Devils first major signing of last summer’s transfer window, and he arrived with much fanfare.

The former Ajax man came up with the reputation of being a brilliant box-to-box midfielder, but he has failed to make a mark with United.

His handling by Ole Gunnar Solksjaer could be questionable, considering the Norwegian has offered him just 1130 minutes in his 29 appearances.