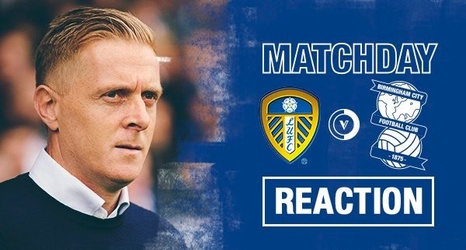 Leeds United suffered a shock 1-2 defeat against Birmingham City in the Championship clash at Elland Road on Saturday.

The result meant the Blues ended Leeds’ unbeaten start to the season.

However, Marcelo Bielsa’s side still retain the top position in the Championship table with 18 points, same as Middlesbrough with only goal difference separating them.

After the match, Garry Monk, the Birmingham boss and former Leeds United manager, took to social networking site Twitter to express his reaction. He wrote:

Here are some of the best reactions from the Leeds fans on Twitter:

What a joke you won by cheating, faking injury, time wasting and turning the prospect of a good game into a fucking joke so Garry Monk fuck off back to the town were no one lives.