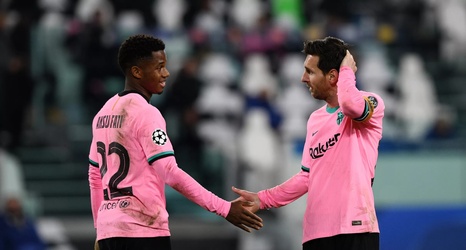 Ronald Koeman and Barcelona badly needed a victory after defeats to Getafe and Real Madrid and bounced back well with a comfortable win in Turin.

The team started fast with Antoine Griezmann hitting the post early on, while Ousmane Dembele (more on him later) struck after 14 minutes to send Barca on their way.

Barca had to wait until stoppage time to scored a second through Lionel Messi’s penalty but would have made the game safe before then with better finishing.

Koeman said after the win it was Barca’s “most complete game” since he took charge, and it was certainly a vast improvement on their last two outings.