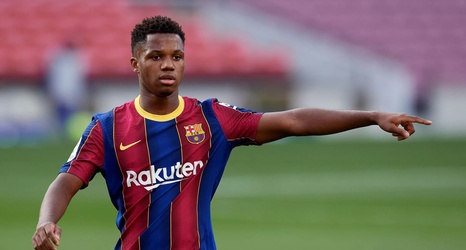 There’s no doubt Saturday’s result was a poor one for Barcelona, but there were a few positives to take from the defeat, particularly the performance of Sergino Dest.

The teenager was only making his fourth appearance for the club, and his first at right-back, but slotted in seamlessly and looked like he belonged in the Barca backline.

He made a brilliant double tackle to deny Casemiro and Karim Benzema in the first half, showed some great trickery in attack, and even swept up for Jordi Alba late on.

Curiously he was also sent out for the post-match interview, ahead of the more senior members of the squad, and did a pretty good job on that too.