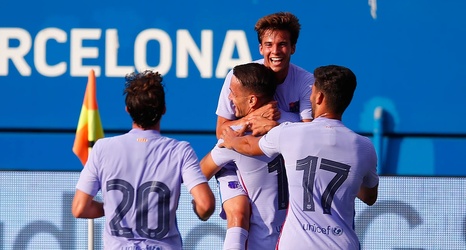 With fans returning to the stands at the Estadi Johan Cruyff, Barcelona took care of business this week, dispatching Gimnastic Tarragona 4-0, followed by a convincing 3-1 victory against Girona.

It’s a new season and we’re already seeing changes being made by Ronald Koeman, switching to a 4-3-3 formation that many expect him to keep when things kick off against Real Sociedad on August 15th.

Returning, new, and young players alike were given chances to impress. Many of them did.

The internal competition will continue to heat up from here with three preseason games to go, and precious few minutes remaining, for Koeman to see which players make their way into his plans.