FC Goa's Devendra Murgaokar: We are getting closer to scoring in the AFC Champions League 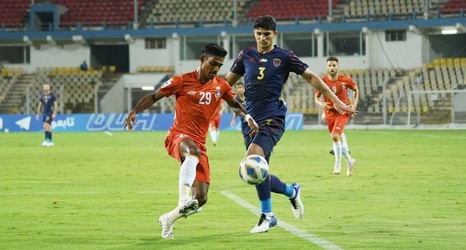 Devendra Murgaokar feels that FC Goa are close to scoring a goal in the 2021 AFC Champions League (ACL).

The Gaurs are making their maiden appearance in the continental competition and have registered consecutive goalless draws against Qatar's Al-Rayyan and UAE's Al Wahda.

The former Salgaocar player was brought on as a substitute for Ishan Pandita in both the ACL fixtures, albeit for almost a half (54' substitute) against Al Wahda after a cameo (86' substitute) appearance in the game against Al-Rayyan.

"I feel good. It was a good experience playing some real big (ACL) games.