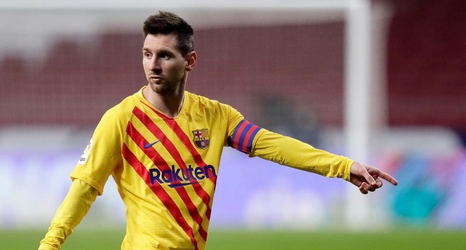 When and where to watch Dynamo Kyiv v FC Barcelona - FC Barcelona
The Champions League continues... FC Barcelona have three wins out of three in the group stage and will be looking to make it four on Tuesday as they travel to Dynamo Kyiv.

The squad to travel to Dynamo Kyiv - FC Barcelona
The Champions League returns for match day four of the group stage. FC Barcelona visit Dynamo Kyiv this Tuesday with a 9.00pm CET kick-off time, and will look to earn another victory.

Koeman: 'Messi and De Jong needed a break' - FC Barcelona
The Barça coach warned of the danger of Dynamo in Kiev, saying 'in the first leg, despite the absence of many players, they played a good game'

Opportunity to emerge from crisis for Barcelona's homegrown duo - Football Espana
Barcelona‘s injury crisis has created an opportunity for Riqui Puig and Carles Alena, two homegrown starlets, to gain some first-team minutes in the coming weeks as explained by Diario Sport.