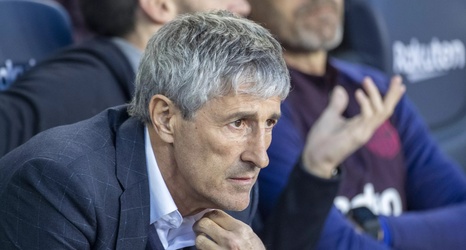 Josep Maria Bartomeu says Barcelona never considered sacking Quique Setien despite rumors towards the end of the season he could be dismissed.

‘I can only mark Messi in my dreams!’ - Gattuso preparing Napoli for Barca clash | Goal

Gennaro Gattuso has been talking about Napoli’s forthcoming clash against Barcelona in the Champions League and admits: “I can mark Messi only in my dreams.”

Barcelona president Josep Maria Bartomeu has hit out at Arthur for his refusal to return to the club and says he has not shown respect.

Inter Milan CEO Giuseppe Marotta has been talking about Lionel Messi yet again and now says he expects the captain to retire at Barcelona.