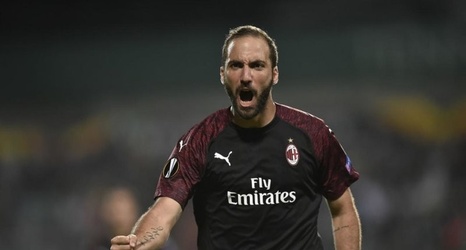 Serie A giants Milan opened their Europa League campaign up with a narrow 1-0 victory over Luxembourg minnows F91 Dudelange thanks to Gonzalo Higuain's second goal for the club.

Milan dictated the majority of the opening exchanges as expected, with Gonzalo Higuain firing narrowly wide and Chelsea loanee Tiemoue Bakayoko's marauding run ending with a chipped finish which was smartly saved at close range by Joe Frising.

Mattia Caldara wasted a glorious chance for Milan after 40 minutes, nodding miles over from a free header as the two sides went into half-time on level terms.

Higuain would force a superb save from Frising early into the second half, a Diego Laxalt pull back finding the Argentine whose close range effort was palmed away to safety.