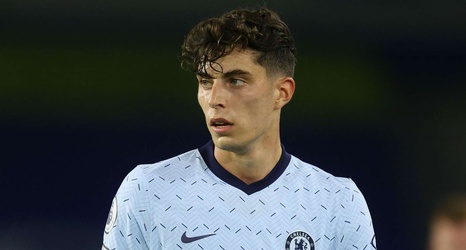 Chelsea’s Kai Havertz says it may take him time to find his feet in the Premier League due to the difference between football in England and Germany.

The 21-year-old made a switch from Bayer Leverkusen in the summer and has played five games for his new club, notably starring as they romped to a 6-0 Carabao Cup victory over Barnsley, in which he netted a hat-trick.

He has yet to reach that level of excellence in the Premier League, despite playing Chelsea’s four matches in their entirety, notching a single assist in the stunning 3-3 comeback draw against WBA in September.