Everton submit offer for Everton Soares, Ancelotti has spoken to the player 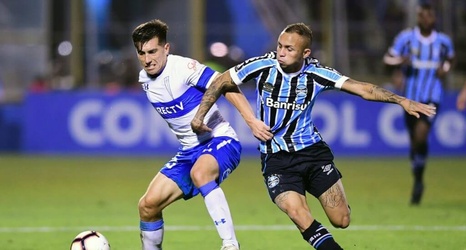 Everton have apparently submitted an offer for the Gremio attacker Everton Soares.

As per UOL (h/t Sportwitness), the Brazilian club have confirmed that they are in talks with Benfica for the player and that they have received an offer from the Premier League side.

The outlet also claims that Everton manager Carlo Ancelotti has spoken to the player on the phone.

However, Soares prefers to join the Portuguese side this summer. It will be interesting to see if Everton can convince him to move to Goodison Park instead.