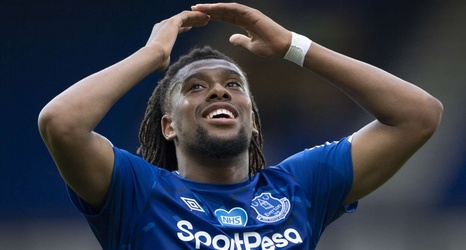 These are exciting new times at Everton, but not, it appears, for 2019 signing Alex Iwobi, who is increasingly looking bound for the exit door at Goodison Park.

Carlo Ancelotti invested in James Rodriguez, Allan and Abdoulaye Doucoure during the summer, a raft of new arrivals who underpinned the Toffees’ successful start to the Premier League on Sunday as Tottenham Hotspur were defeated 1-0 on Sunday.

Everton were outstanding in North London, and followed that up by cruising past Salford City in the Carabao Cup on Wednesday evening.

Ancelotti gave his second string a run-out, with only Michael Keane retained from the Spurs victory, giving hope to the likes of Theo Walcott and Moise Kean—both omitted from the starting XI against Tottenham—that they remain in his plans.