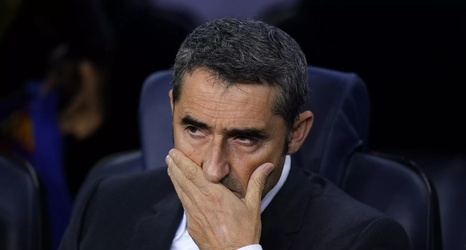 Ernesto Valverde has been back facing questions from the press ahead of Saturday’s La Liga clash with Celta Vigo at the Camp Nou.

The Barcelona boss talked about his future at the club, Antoine Griezman’s struggles, Luis Suarez’s fitness, Ousmane Dembele and the club’s injury problems.

Here are the best bits:

Valverde on his future

I’m not worried. Whether I understand it or not [criticism], it’s like that. It is what it is. And I don’t have much to say. I think we a had better game against Slavia, if we had scored, everyone would be calmer.