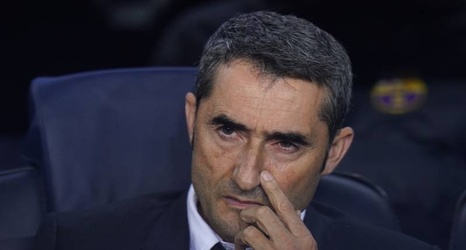 Barcelona manager Ernesto Valverde said on Friday he feels supported and respected at the Camp Nou amid speculation he could be fired after a disappointing start to the season.

Valverde spoke to reporters about the criticism he has received in recent weeks and also said he had the backing of club president Josep Maria Bartomeu.

"The other day I was with the president. The club have always supported me and respected me and that's how I feel, I don't have any problem with that.

"[Whether I] understand it [criticism] or not, it is what it is.