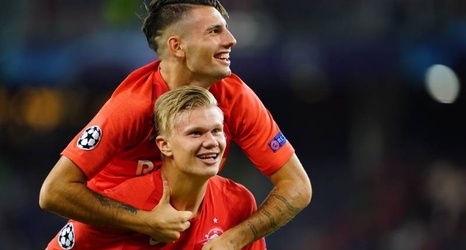 Erling Haaland's father has said transfer interest in the star striker would be "nice," amid rumours Premier League giants Manchester United have been watching the 19-year-old closely.

Alf-Inge Haaland, who played for Leeds United and Manchester City, spoke to TV2 (h/t Sport Witness' Naveen Ullal) after his son scored a first-half hat-trick for Red Bull Salzburg on his UEFA Champions League debut, a 6-2 win over Racing Genk.

"It would be nice (interest from United and others). It is important to distinguish between being a supporter and a job.