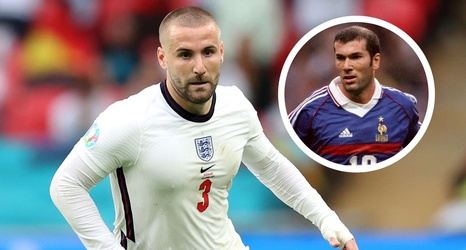 Luke Shaw admits finding it "very strange" that he has already recorded more assists at a European Championship than France legend Zinedine Zidane managed in his entire international career.

The Manchester United left-back has become the go-to option on the flanks for Gareth Southgate at Euro 2020, with three goals teed up for team-mates during their run to the semi-finals.

Two of those came in Shaw's last outing against Ukraine in the space of four minutes, and the 25-year-old is racing away from the surprising tally of one assist that World Cup winner Zidane - who helped Les Bleus to continental glory in 2000 - recorded for his country.