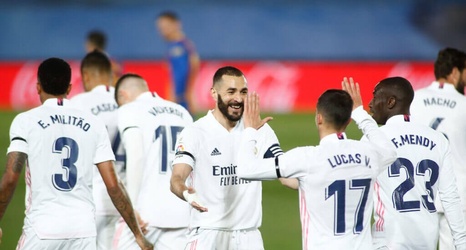 In the 246th competitive fixture between Real Madrid and Barcelona on Saturday, it was Los Blancos who came out on top at the final whistle.

First-half goals from Karim Benzema and Toni Kroos were enough to claim three points at the Estadio Alfredo di Stefano despite a second-half consolation for the visitors by Óscar Mingueza.

With little over a month left of the season, we look at just how their 2-1 victory has impacted the La Liga title race.

Which teams are battling it out?

There are three teams left fighting for the title at this stage – Real Madrid, Barcelona and Atlético Madrid.