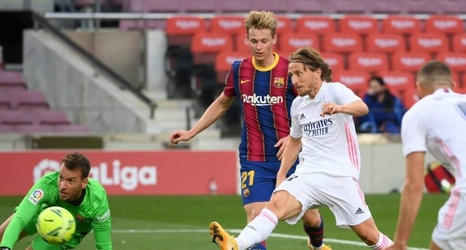 Real Madrid ran out 3-1 winners at the Camp Nou yesterday at the expense of Barcelona, going top of the La Liga and six points clear of their bitter rivals with the valuable victory.

The 17-year-old became the youngest goalscorer in El Clasico in the 21st century as a result.

The hosts enjoyed the larger share of possession afterwards and should have taken the lead through Lionel Messi and Philippe Coutinho, but Madrid goalkeeper Thibaut Courtois thwarted the effort of the Argentine, while the Brazilian could only guide his header wide minutes into the second half.