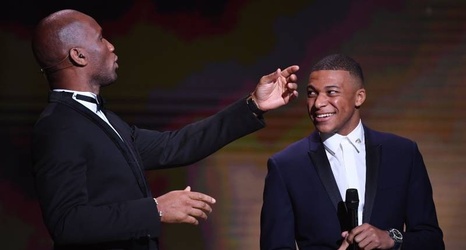 Former Chelsea striker Didier Drogba took a photo with Paris Saint-Germain forward Kylian Mbappe on Monday at the Ballon d'Or ceremony in Paris to make up for refusing to pose with the youngster back in 2009:

Drogba had "agreed with a friend" to pose for a photograph with the then-10-year-old Mbappe after Chelsea's UEFA Champions League semi-final clash with Barcelona at Stamford Bridge, per Darren Wells at the Mirror.

However, the Ivorian later refused the request after Chelsea were knocked out on away goals following a controversial and ill-tempered clash in west London.