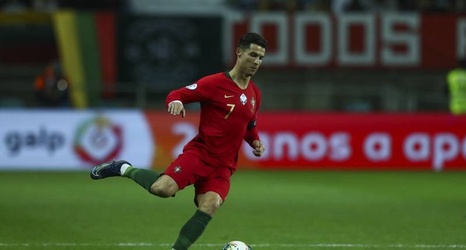 Portugal left-back Mario Rui believes Cristiano Ronaldo's "hunger" for goals is what makes him the best player in the world.

Rui was speaking after yet another Ronaldo masterclass on the international stage, where the 34-year-old notched a hat-trick in the 6-0 win over Lithuania in Thursday's UEFA 2020 European Championship qualifying contest.

After some recent questions about his performances at club level, it was an emphatic return to form for Ronaldo. Speaking about his team-mate, Rui said his ambition to achieve and score more separates him from the rest of the field, per A Bola (h/t Sacha Pisani of Goal).