Coronavirus: Safa steps in to take full control of 'return-to-play' from the PSL 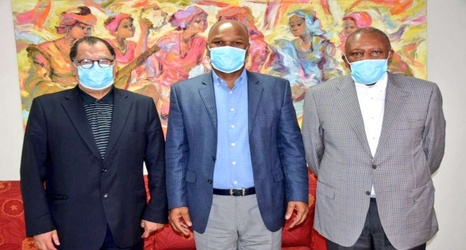 The South African Football Association (Safa) has confirmed it will oversee all procedures relating to 'return-to-play' protocols as requested by Minister of Sport, Arts and Culture Nathi Mthethwa.

Earlier this week, Mthethwa penned a letter to Safa instructing the body to ensure the PSL and its 32-member clubs comply with stringent protocols as gazetted by the government.

There were concerns other PSL teams were not complying and that it could be risky to allow football to return when the number of confirmed positive cases in different clubs isn't made public.