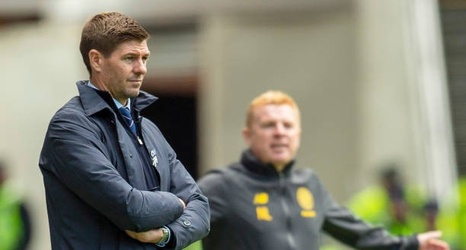 Rangers and Celtic will face off in the Scottish League Cup final at Hampden Park next month, and the Old Firm duo will be looking to make a statement with a victory.

Neil Lennon’s men are keen to win a fourth consecutive domestic treble, while the Light Blues have a lot to prove following an impressive start to the season.

Celtic will be without right-back Hatem Abd Elhamed for the game after he picked up a knock in their Europa League win against Lazio in Italy, and club legend Chris Sutton reckons the injury blow hands Rangers a huge advantage.