Chippa United's warning for Kaizer Chiefs: We are also a wounded lion 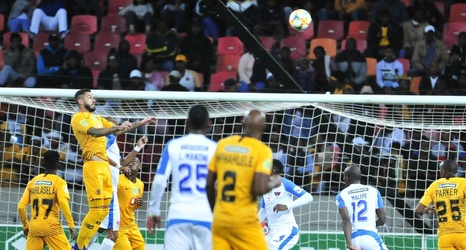 Chippa United are planning to turn up the heat on new Kaizer Chiefs coach Gavin Hunt by taking points off Amakhosi at the Nelson Mandela Bay Stadium on Tuesday night.

This is according to their captain and goalkeeper, Veli Mothwa.

Chippa will go into the game on the back of a 1-1 draw against Cape Town City last weekend. And having come from a goal down, and finished as the stronger team against the Citizens, there will be a fair degree of confidence within the Chilli Boys camp.

Amakhosi, meanwhile, have played twice this season - they scraped through in a 2-1 win over Maritzburg United in the MTN8 quarter-finals and were then beaten 3-0 by Mamelodi Sundowns in their opening league fixture.