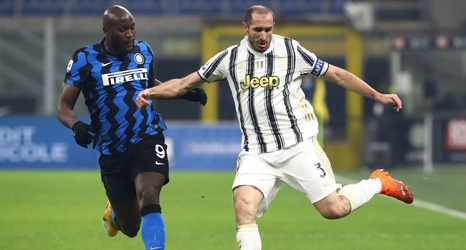 Giorgio Chiellini admits Juventus were “outplayed in every area” against Inter, but the veteran defender insists the reigning Serie A champions have not lost their spark under Andrea Pirlo.

A change in the dugout was made at the Allianz Stadium heading into the 2020-21 campaign. Maurizio Sarri was ushered through the exits despite delivering another title in Turin, with a club legend turned to for inspiration despite lacking top-level coaching experience.

Pirlo is finding the going tough in his rookie season with Juve slipping seven points off the pace in the Italian top-flight.