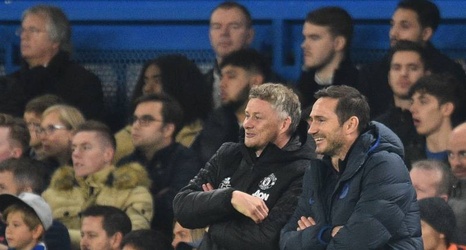 Manchester United will be seeking to blow the race for a spot in the Premier League's top four wide open on Monday, when they visit Stamford Bridge to face Chelsea.

Chelsea currently occupy fourth spot, with United six points behind them in eighth. If the Blues were to win, it would give them some breathing room in the battle to secure UEFA Champions League football next term.

United can further congest the fight for this position with a win at the Bridge though. The Red Devils beat Chelsea 4-0 on the opening day too and they were also winners at the Blues in the League Cup earlier in the campaign.