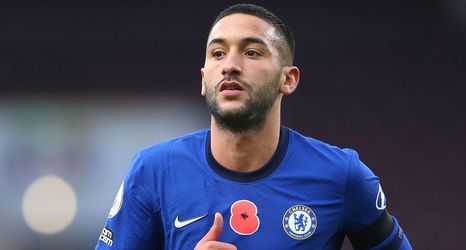 The Morocco international was part of the Blues side that battled to a 0-0 draw with Tottenham in the Premier League on Sunday, with Jose Mourinho's side going top of the division after the result.

Prior to the Spurs match, Chelsea boss Frank Lampard said he didn't want to place the burden of replacing Hazard, who scored 110 goals in 352 games for the club before being sold to Real Madrid in 2019, on any of his attacking players.