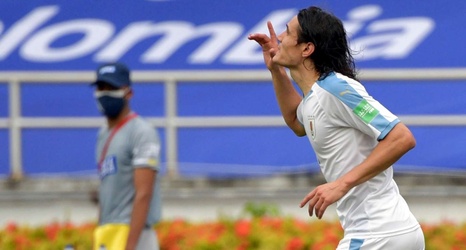 Edinson Cavani is a "great attacker", according to Marquinhos, who has admitted that the Manchester United striker helped him raise his game at Paris Saint-Germain.

Cavani spent seven years playing alongside defender Marquinhos at Paris Saint-Germain after they both joined the Ligue 1 giants in July 2013.

The Uruguayan left PSG at the end of the 2019-20 campaign as the club's all-time record goalscorer having found the net 200 times.

Indeed, only Lionel Messi (432) and Cristiano Ronaldo (416) have scored more goals in Europe's top five leagues since Cavani (250) debuted for Palermo in 2007.