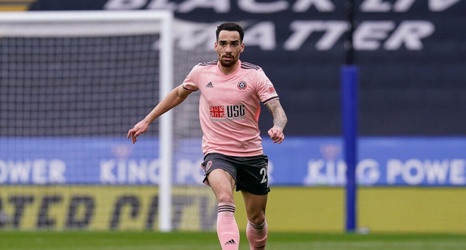 Burnley, Fulham and Swansea City are among the clubs looking to sign Sheffield United defender Kean Bryan when his contract expires this summer, Football Insider claims.

The 24-year-old has been a regular for the Blades during the back end of the current season, featuring in eight of the previous 12 league games.

11 of those outings have come at centre-back, with the other from the left wing-back role from where he scored the winner in the shock 2-1 victory at Manchester United.

Earlier last month, Kean stated his ambition to stay with the Blades despite their imminent relegation, but the club have yet to renew his contract which expires in June.