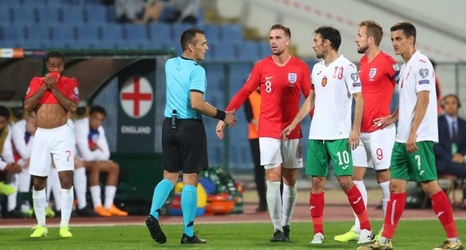 The president of the Bulgarian Football Union, Borislav Mihaylov, has resigned from his position in the aftermath of Bulgaria's 6-0 loss to England on Monday.

The game was littered with racist abuse from a section of the Bulgarian supporters, with the referee forced to halt the game twice in the first half to try and plead with the fans in the stadium to stop abusing the England players.

Bulgaria Prime Minister Boyko Borissov called for Mihaylov to step down (via Sky Sports), warning that the government would no longer fund the sport until he had done so, and the BFU have now confirmed that Mihaylov has resigned from his position.