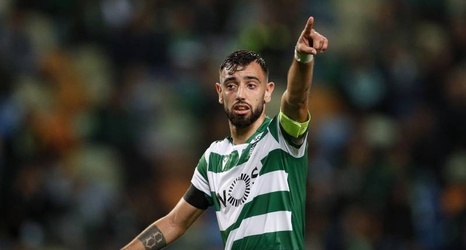 Bruno Fernandes has said the Premier League "always was" his preferred destination amid reports the Sporting CP star is due for a medical at Manchester United on Wednesday.

Goal's Sacha Pisani referred to recent rumours that Barcelona or Valencia could land the player in 2020, but it appears United look set to complete his signing before Friday's January transfer window deadline.

Pisani included quotes from the 19-times capped Portugal international who, when asked if the Premier League was his preferred destination, told SIC: "It always was."

Fernandes, 25, wasn't as explicit when asked whether United were his favoured English club to join, however, as he replied: "Anything really.