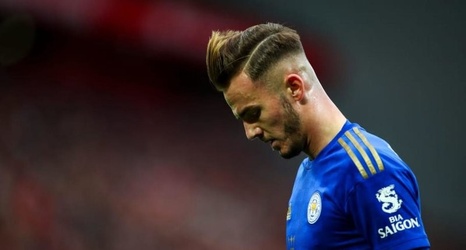 Leicester City manager Brendan Rodgers has provided an update on the fitness of midfielder James Maddison ahead of his side's fixture against Burnley on Saturday.

Maddison, who has two goals and two assists in seven games this season, has been a key player for the Foxes, who currently sit in fourth place after eight matches in the Premier League.

However, he missed England's Euro 2020 qualifiers against the Czech Republic and Bulgaria over the international break due to illness, and was said to be carrying an injury ahead of Leicester's 2-1 defeat to Liverpool at Anfield.