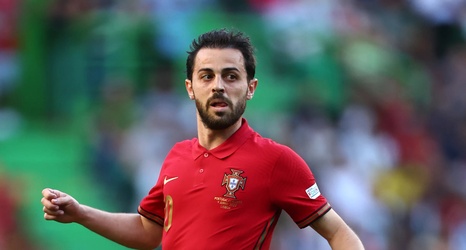 Bernardo Silva has reportedly told his agent that he wants to move to Barcelona this summer amid speculation he’s wanted at the Camp Nou.

It’s been claimed the Catalans would love to have Bernardo in the starting XI next season instead of Frenkie de Jong.

Diario Sport are reporting that the feeling is mutual. Bernardo has told his agent he wants a Camp Nou move and has decided it’s time for a new challenge.

Of course it’s not as easy as all that. Pep Guardiola has already said Barca will have their work cut out signing Bernardo this summer and it’s thought City want €100m for the midfielder.