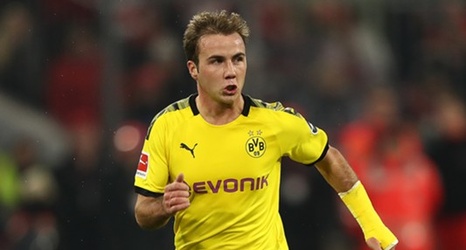 Bayer Leverkusen head coach Peter Bosz has claimed that Mario Gotze wanted to join his side, but the club turned down the chance to sign the former Germany international.

Gotze, who left Borussia Dortmund as a free agent at the end of last season, recently signed with Dutch outfit PSV on a two-year deal.

The 28-year-old was linked with several teams across Europe and in Germany, with Bundesliga side Hertha Berlin confirming their interest last month.

Bosz, who managed Gotze at Dortmund in 2017, has said that the midfielder wanted to link up with his side but they preferred to give more playing time to highly rated teenager Florian Wirtz instead.