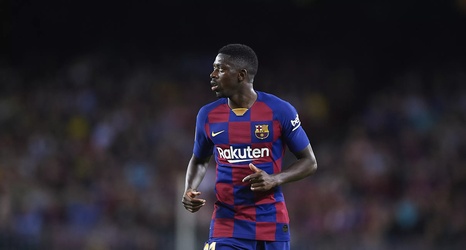 The RFEF has turned down Barcelona’s appeal against red cards given to Ousmane Dembele and Ronald Araujo against Sevilla last time out.

The Frenchman was sent off for describing referee Mateu Lahoz as “very bad” and was hit with a two-game ban, while Araujo saw red for a last-man challenge.

Barcelona confirmed after the match they planned to appeal the decision, and both Ernesto Valverde and Lionel Messi spoke about how Dembele has limited Spanish.

Yet the RFEF are not having any of it any confirmed on Friday that the suspensions stand and Barcelona will have to cope without Dembele for their next two games.