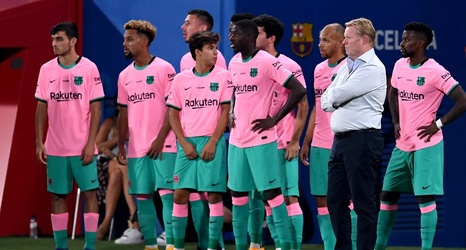 Barcelona have won their second preseason friendly of the week thanks to a 3-1 victory over Girona at the Estadi Johan Cruyff. The Blaugrana played an older, slower team for 60 minutes that scored the goals and a young, exciting squad that gave us the entertainment in the final 30. Ronald Koeman has some big lineup decisions to make, but one thing is for sure: the kids are alright.

Not unlike the first half of the first preseason game, Barça had a rather slow team on the pitch and without much speed or movement in the final third the Blaugrana were predictable and uncreative in the final third, but they still created chances against the Girona defense thanks to good runs from the full-backs.