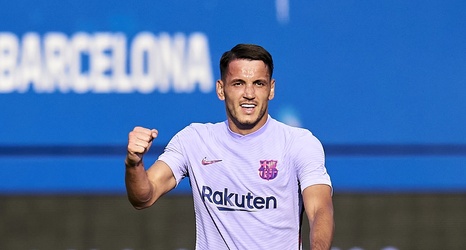 Barcelona B striker Rey Manaj has caught the eye in the club’s pre-season friendlies, scoring a hat-trick against Nastic and following that up with another goal against Girona.

Yet the 24-year-old could be set to leave the Camp Nou with three clubs, Cádiz, Sassuolo and Famalicao, having made an offer for the attacker, according to Mundo Deportivo.

The report reckons that Barca could get around €3-5 million for Manaj which would be decent business given he only cost €700,000 when he joined from Albacete.

MD reckon it’s now up to Manaj to make a decision on where he goes, although other reports suggest it’s not out of the question that he stays at Barca.